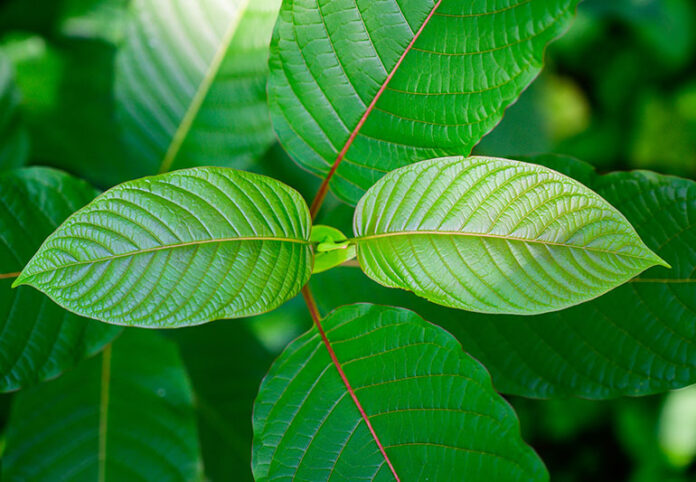 Many civilizations have acquired the herb kratom for usage as a substance, both recreational and medical. Kratom is the powdered form of the leaves of the Mitragyna speciosa tree, an evergreen native to Southeast Asia (a tree in the coffee family related to the coffee tree). Particularly in Thailand, Papua New Guinea, Malaysia, and Indonesia are these trees to be found. Kratom products are also known by the names Biak, Ketum, Ithang, Thom, and Kauam. Kratom extract is typically added to the food while cooking, chewed, or brewed into tea. Today, it is either made into pills or is ground up and smoked like tobacco.

Mitragynine works more like a sedative when taken in higher amounts, which is why it is compared to opioid medications like morphine and codeine. Kratom is used by people for a variety of things, but its most well-known use is to lessen opiate withdrawal symptoms. The US Food and Drug Administration does not endorse the use of kratom for the treatment of anxiety, depression, or chronic pain.

Kratom has a wide range of effects, and the dose is a key factor. According to research from the Food and Drug Administration 2, kratom binds to the brain’s mu-opioid receptors (the same receptors which are activated by other opioids, whether recreational or medicinal). Higher doses of kratom are taken in an effort to help with pain management since mitragynine attaches to these receptors and offers some alleviation from the body’s sense of pain.

The majority of the material on kratom lacks objective, well-supported research, therefore assertions about the advantages and disadvantages of using the substance must instead be extrapolated from a collection of anecdotes from people who have used it both medicinally and recreationally. Results in these accounts are inconsistent.

Kratom has been used for both acute and chronic pain management in a number of instances, but because most of them were not under the supervision of a doctor, their veracity is in doubt. The confidence that purported users of kratom have in their experience endures, despite the fact that they continue to be mostly unsupported. Acute pain from injury or other methods, fibromyalgia, arthritis, and other chronic pain illnesses are some of the diseases that Kratom has been said to treat.

Kratom is reportedly a powerful but gentle drug for managing chronic pain, according to users with diseases that cause significant levels of chronic pain. Many people often claim that while there is a calming sensation, you nevertheless feel enough energized to retain your frame of mind.

Any treatment program must include aftercare. According to studies, between 40 and 60 percent of users relapse within the first month following a recovery program. 85 percent of people relapse within the first year following a recovery program, according to studies. Programs for aftercare are meant to keep clients from relapsing. The aim is for the addict to live a long, healthy life free from addiction.

A solid aftercare program will educate recovering addicts on methods to cope with their addiction and the pressures of the outside world. The program ought to offer the assistance required for a person to stay sober and acclimate to a new way of life. Programs for aftercare may include continued counseling, support groups, and constructive activities.

The Truth About Kratom Strains Revealed!

What You Need To Know About White Sumatra Kratom

All You Need to Know about Blue Dream Strain

Why Insolvency Lawyers Are So Important

Steps to Take When You Are Charged With a Felony

What Is Pre-Designed Text?

Tips To Find The Best Vapes

What You Need To Know About White Sumatra Kratom