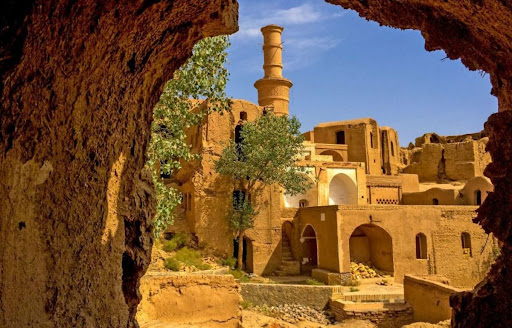 The other name of the Islamic Republic of Iran is Persia. It is situated in the Western region of Asia. Iran is bordered by countries like Turkey, Turkmenistan, Iraq, Afghanistan, and the Persian Gulf. The population of this country is around 79.92 million and it consists of people from different backgrounds and ethnicities.

Although the population of Iran is diverse still they have only a single official language which is Persian. The other name of Persian is Farsi. This language is from the Indo-European language family and its subgroup is Indo-Iranian. Persian or Farsi was developed by the old version of Persian used by the later Middle Persians of the Sasanian Empire and the Achaemenid Empire.

The constitution of Iran has declared Persian the official language of the country. Therefore, this language is used in schools and in running the operations of the country. 53% of the Iranian population speaks this language. To know the culture of any country, you must know their native language. Therefore, you should take the assistance of Farsi translation services to know the culture of Iran.

Apart from the official language, the people of Iran also speak other languages. Let’s have a look at them.

Baluchi is the Northwestern Iranian language spoken in Iran. People living in the Eastern half of Iran speak this language and it also shows the influence of the Northwestern Iranian language. Eastern Balochi is influenced by Sindhi whereas Western Balochi is influenced by Farsi. Pronunciation is also different because of a different dialect.

This language is also known as Armenian Hayeren and it is spelled as Haieren. It is from the group of the Indo-European family. Armenian is considered a dialect of Iranian. Around 100,000 people speak this language in Iran and it has globally 6.7 million speakers.

Iran wants to modernize itself. Therefore, for the last two decades, they are giving English education to the people. You will be surprised to know that the English proficiency of younger people is high. Tourists that visit Iran get amazed to see the English-speaking skills of the people. Do you know that until 1950, the second official language of Iran was French? Therefore, you will find many loan words of French in Farsi

There are several minority languages spoken in Iran. These languages include Assyrian, Georgian, Circassian, and Hebrew. People less than 1% of the total population speak these languages. Assyrian is an Afro-Asiatic language just like Hebrew and it belongs to the Northeastern Aramaic subgroup.

This language is immersed in the Farsi language and now you do not find a considerable number of Circassian speakers. Hebrew is from the group of Afro-Asiatic language families and it is spoken by the Jewish community in Iran.

Languages depict the culture of any country. If you want to get an understanding of different cultures of the world, it’s important to understand their language first. Here, we have covered different languages spoken in Iran.

In case you are planning to go to Iran or expand your business to that market, it’s important to consider localizing your business into these languages. For good quality translations, it’s better to hire a reputed language service provider.

Creating a Safe and Comfortable Home for Your Family

Try Biofreeze Roll-On to Get Relief from Muscle and Joint Pains...

Top 8 Things You Must Know About Buying Gold ETFs

The best criminal lawyer in Toronto to defend your rights in...

Tips for Creating a Successful Budget

Unlocking The Secrets Of Clash Tiers